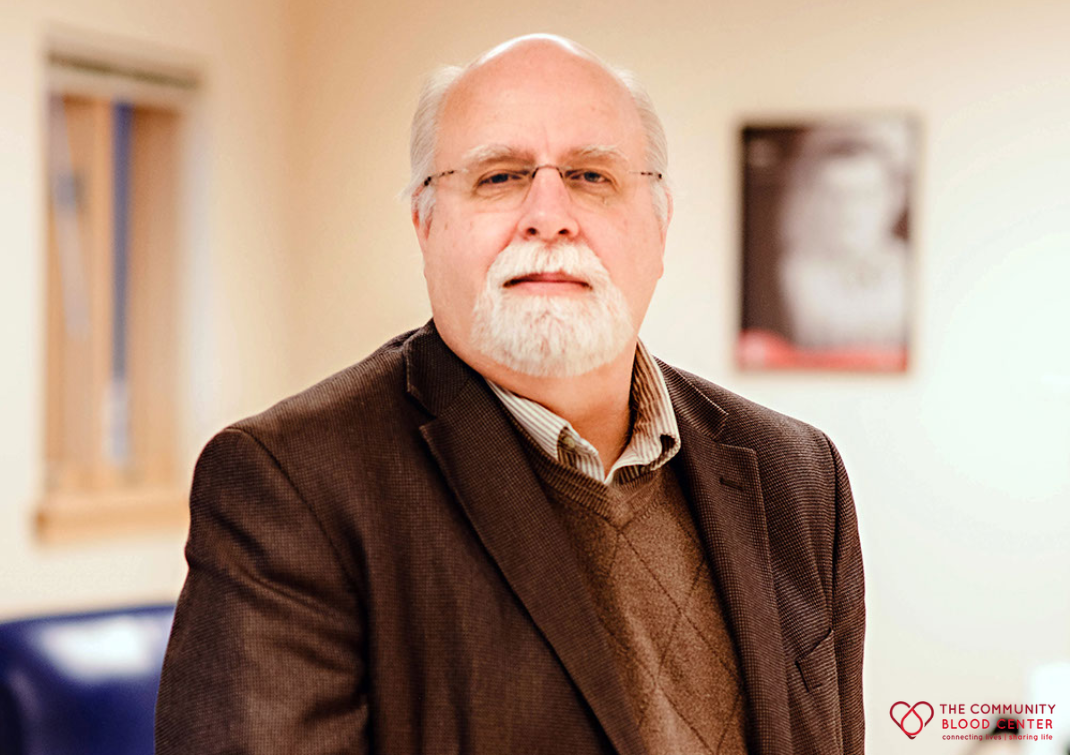 For nearly 14 years, Dan has been dedicated to saving lives by donating blood. To date, he has donated 12 gallons of whole blood.

“It makes a difference and is actually a fairly relaxing thing to do. And it’s for the good of people that could be your neighbors or your kids or whoever, so why wouldn’t you do that?” Dan said.

Dan donates through a process called “double red cell donation.” That means, during each donation, he gives two units of red blood cells, instead of one. Double red cell donors can donate every 16 weeks. As Dan explained, from registration to cookies and completion, it takes only an hour.

Dan feels so passionately about blood donation that he’s supported The Community Blood Center through more than just giving blood. Since 2011, he’s been a member of the CBC’s Board of Directors and is finishing his second of three years as board chair.

“It’s a fascinating business, and many people may not know that,” Dan said. “The number of organizations we serve and the number of people that are helped by what we do in our communities, and all the donor centers we have, is phenomenal.”

CBC is the sole blood provider of all blood, platelets and plasma to nearly 30 hospitals across Northeast and Northcentral Wisconsin as well as the Upper Peninsula of Michigan. The organization hosts around 100 blood drives every month and has donor centers located in Appleton, Oshkosh, Little Chute, and Woodruff. CBC is opening a Chicago donor center in 2021 as well.

Dan has seen the organization grow as both a donor and board member. From his first donation to today, he’s seen a significant difference. In the past two years alone, CBC has expanded in Wisconsin to include local hospital partners Hospital Sisters Health System Wisconsin, Door County Medical Center, and OSF HealthCare St. Francis Hospital & Medical Group. CBC has also expanded to include blood collection operations in Chicago in 2020.

Dan encourages those looking to make a difference in the community to help save lives by donating blood.