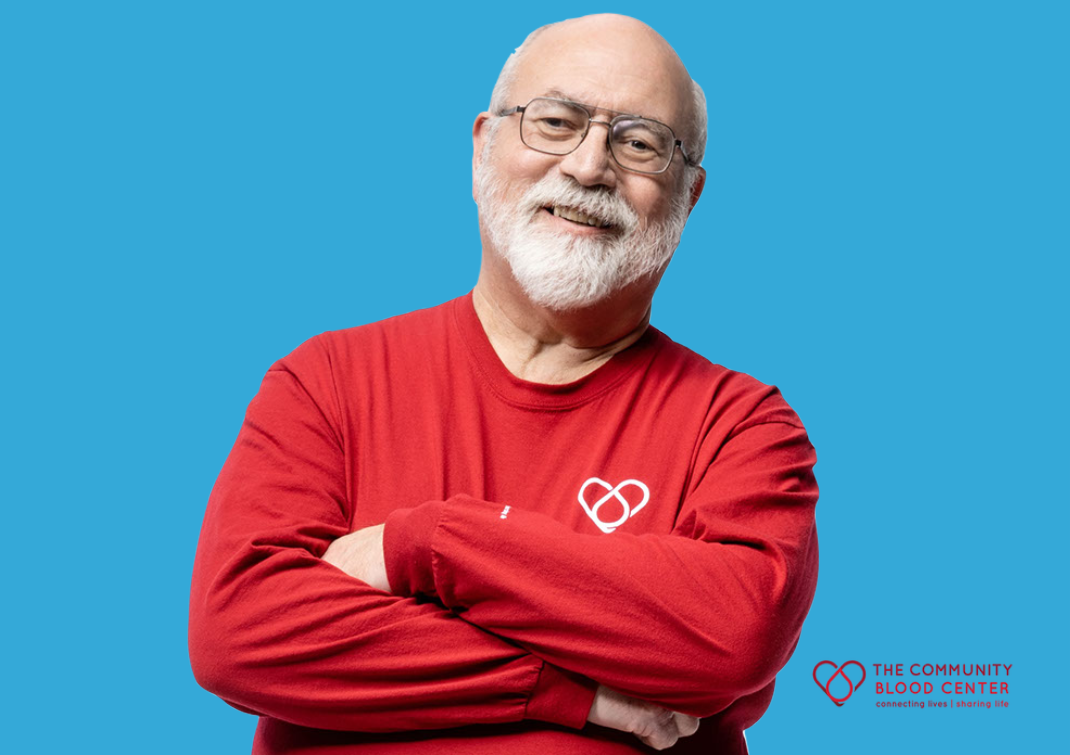 Some people put their heart and soul – their everything – into helping others. Well, we’d like to introduce you to one of them: Jerry. If his photo looks familiar, it could be because you’ve sat next to him out on the donor floor. Or maybe he greeted you at one of the MASH Blood Drives in Appleton throughout the years wearing a Hawaiian shirt or at the Holiday Blood Drive while wearing a Santa Claus mask. A committed donor and dedicated volunteer, Jerry brings a smile to many faces in the community and has saved countless lives through blood donation.

Jerry’s donation journey began when he was in high school in the late 1960s. Now, more than 50 years later, he continues to make donating a priority – in fact, he stops by every other week to donate platelets!

“I’ve done over 19 gallons of blood and over 550 units of platelets,” said Jerry.

It isn’t just through donating blood that he helps others. In 1982, his brother needed a kidney transplant. So, Jerry selflessly donated his own.

“I try to advocate as much as I can for both blood and platelet donation and organ donation, and it’s become part of my life now,” explained Jerry.

One way he advocates is by simply wearing his commitment on his sleeve – literally! Jerry likes to wear his CBC shirts often in hopes of inspiring others to donate. He likes to do this, particularly, when he’s at Kaukauna High School, to show the students a connection to blood donation. He spent 35 years as a speech and language pathologist in Kaukauna and has been substitute teaching for the past 12 years.

When he’s not in the classroom or at the donor center, Jerry keeps busy in the community. He announces Appleton West High School athletic events, helps the Kaukauna High School Cross Country Team, and is the Wisconsin State Elks Association President. He’s also a member of the Kaukauna Elks. In addition, Jerry is a regular lector and cantor at Holy Cross Church in Kaukauna. He has sung the National Anthem over a hundred times at athletic events in the area. And currently, he has walked in 35 marathons and a dozen half marathons. Talk about a busy guy! But even with all these activities, he still makes donating a priority.

Helping other people is certainly a passion of Jerry’s and it’s something he plans to continue doing for a long time.

“You get the satisfaction that somebody’s getting helped with your donation,” said Jerry. “I guess you’re trying to make lives better for everybody else. I feel good about that.”