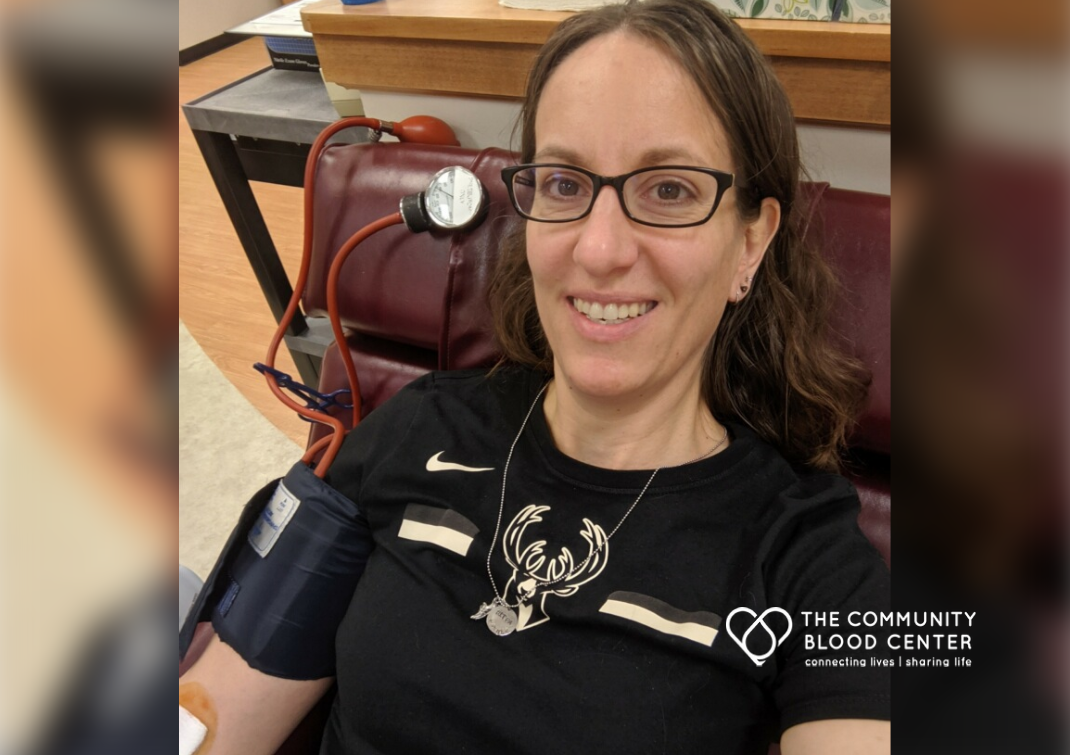 Blood donors are a loyal bunch. They’re committed. Dedicated. They don’t let more than 8 or so weeks go by without stopping in for a donation. It’s about selfless giving. The idea of helping someone you may never meet. That feeling as you sit down for cookies and juice post-donation, knowing you could be providing someone a lifesaving gift.

For Amy, a regular blood donor, her experience came full circle when both she, and later her mom, relied on blood transfusions.

“To me, it was years of giving, and I never thought I’d be needing it,” said Amy.

In January 2009, Amy was expecting her second baby. At 17 weeks, she started to run into some complications. Amy was hospitalized at ThedaClark (now ThedaCare) and was likely going to be on bed rest for the duration of her pregnancy. She was bleeding and needed a blood transfusion.

Although the medical team did everything possible, a few days later, she lost her baby.

Amy was able to grow her family after that heartbreaking loss. She now has two beautiful sons, grateful the blood she received was available when she needed it.

She lives a healthy life and continues to donate. Amy has been running for about as long as she’s been donating blood with an unofficial goal of running a race in as many states as she can. She runs a race, checks the distance off her bucket list and moves onto the next distance.

When Amy donates, she often posts about it on social media in hopes of reminding someone it’s time to make their next appointment or simply to raise awareness of the need for donors.

Within the last two years, Amy’s mom ended up hospitalized and needed blood.

“My mom was diagnosed with uterine cancer in 2013,” explained Amy. “She went through treatment and was holding her own really well but ended up in the hospital in December 2019.”

“She fought so hard,” shared Amy.

In her mom’s obituary, Amy’s family encouraged people to donate. Her mother was grateful for the blood donors who stepped up to help. A simple act that can help someone, whether they’re expecting it or not.

“I always think of my mom when I donate. I know there’s a mom out there. Someone else’s mom or grandma. A mom-to-be in that same boat I was in, and they’re scared and trying to do all they can to make sure their outcome is a good one,” added Amy, feeling fortunate she’s able to help by donating blood.