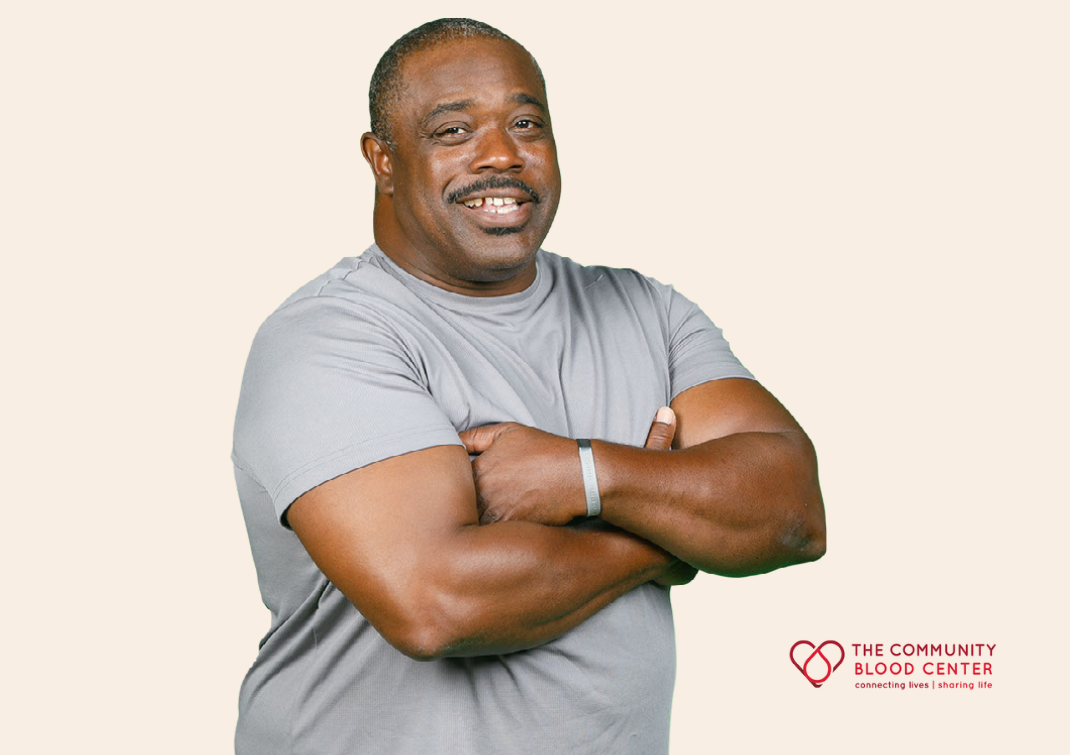 A firefighter in Chicago, Brian has dedicated much of his life to saving lives. As a first responder, he is often on the frontlines helping those in need. His life-saving efforts don’t end when he clocks out for the day, though. For nearly three and a half decades, Brian has been donating blood and encouraging others to, as well. His journey as a blood donor began shortly after high school when he was 18-years-old.

“My fraternity in college hosted several blood drives to be able to support the communities we were in,” explained Brian. “Blood donating just became really part of my life. I’m an active blood donor.”

After college, he worked with the Boy Scouts of America and was involved in a great amount of community service including blood drives.

“I started to participate and understand the importance of blood donation and how critical it was for our communities to have blood in the event of a catastrophic emergency, accidents, or health-related blood needs,” said Brian.

Those are situations Brian now sees firsthand and also sees how blood donors truly save lives. Prior to becoming a firefighter, Brian had the opportunity to work at a blood center. There he learned more about the ins and outs of blood donation, the process behind it, and what it all really meant. He felt like a behind-the-scenes hero.

“I really got the full understanding of what was needed. I began to understand how one pint of blood could save three lives. That was phenomenal to me,” shared Brian.

Years later as a first responder, he’s continued to see the need for blood while working on the frontlines on a daily basis. Each day, it’s comforting to know there is a safe and strong blood supply for victims and first responders, like himself, if ever needed. Recognizing the importance of blood donation as a firefighter has given Brian a new perspective on the need.

“My transition from the blood center to firefighter took me full circle, seeing victims that need it,” added Brian. “I got to see every aspect from being a donor, to working at a blood center and now being on the front lines.”

Brian reminds us that no matter what, everyone can make an impact and it only takes a little time.

“It can really be the difference of life or death for you or a loved one,” said Brian. “We can all do something to make our world better. If donating blood is my piece of the pie, then I’ll do it.”