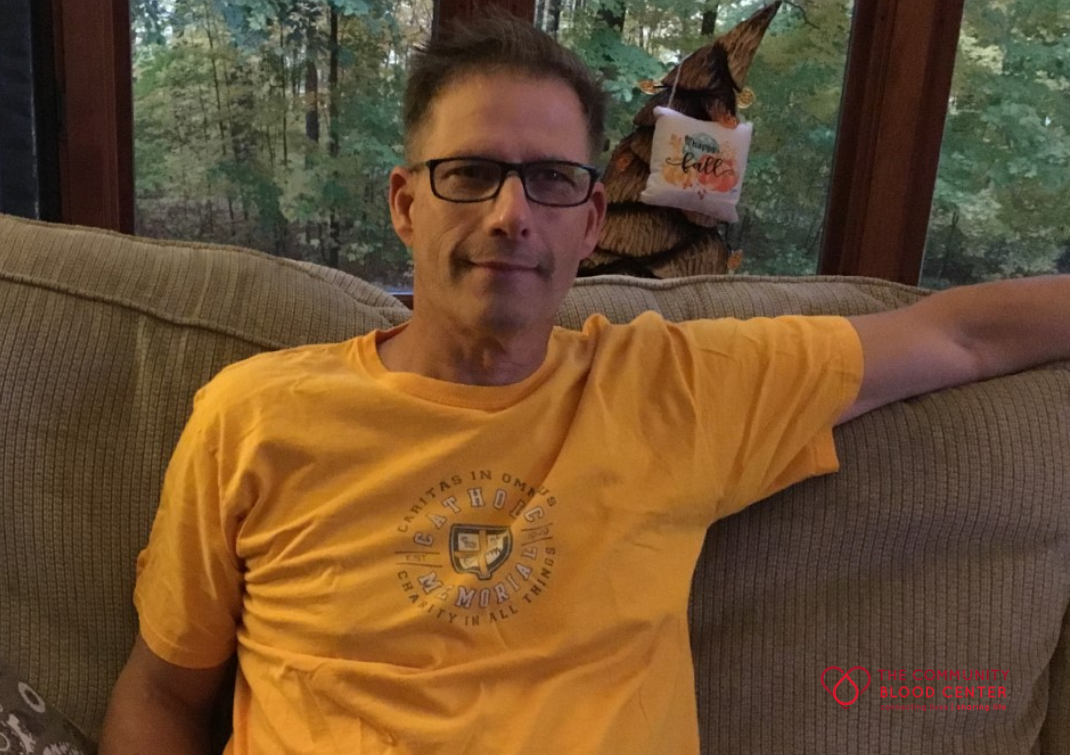 It’s not uncommon to hear, “but I don’t really like needles and I’m also not great with seeing blood,” during a blood donation. Needles aren’t for everyone and blood can make anyone just a little squeamish. But, that’s exactly what makes blood donors incredible people. They know there’s a patient on the other side of their donation. For some donors, it means putting aside the fear of needles because they know someone is relying on them for blood, platelets or convalescent plasma.

This is the case for Jack. Jack dealt with cortisone injections at a younger age – and didn’t exactly do well with them. He also had a not-so-great experience with a pretty significant cut on his hand. These experiences led him to turning the TV quickly during surgery scenes. However, Jack decided to face his fear of needles and blood to help patients battling COVID-19. He’s a convalescent plasma donor.

“We were the lucky ones,” said Jack. “We fought it off ourselves.”

As Jack recovered from COVID-19, his body created antibodies to fight against the infection. These antibodies are found in Jack’s plasma, which after being donated, are directly transfused through intravenous (IV) to someone battling the coronavirus.

As for the experience, Jack found there’s nothing to fear.

“We were talking and I said ‘let me know when we get started,’ and she said, ‘we’ve been going ten minutes now,’” exclaimed Jack. “I didn’t feel it at all. I didn’t even know it was in!”

Jack’s fear of needles and blood, and therefore the hesitation about blood donation, has changed. It’s not only a positive experience but an easy one.

It was thinking about the patient in the hospital who was awaiting a transfusion that got Jack through his first donation. There is no substitute for the blood transfused to a patient. It has to come from a volunteer donor. Donors like Jack act selflessly to serve hospitals and help patients. Jack hopes others will find the same inspiration to save lives.

“You’re doing something for someone else,” said Jack. “Hopefully, if I was in that position, I hope someone would’ve helped.”