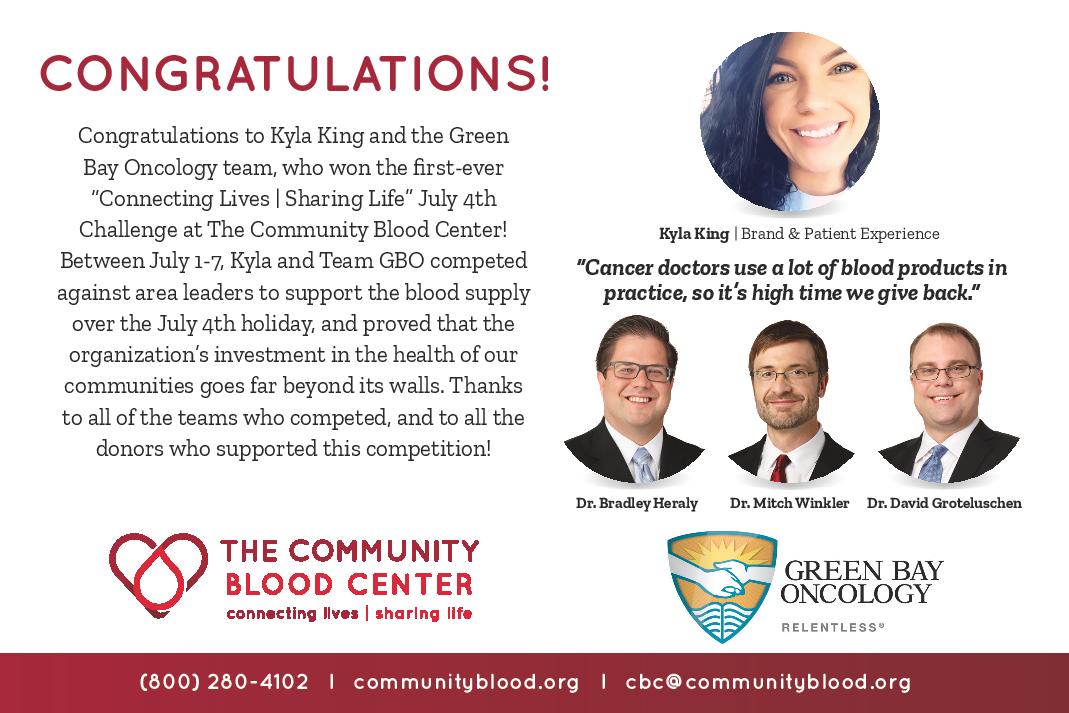 During the summer months, collecting blood donations can be challenging for organizations such as The Community Blood Center. So, where are we to turn to help alleviate these concerns? 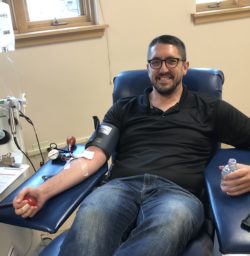 For the first time ever, CBC held a “Connecting Lives | Sharing Life” July 4th Challenge, recruiting area leaders to encourage their networks to make a blood donation between July 1-7. Five total teams competed — Kyla King and Green Bay Oncology, Josh Dukelow and WHBY Fresh Take, Jason Druxman and Avenue Jewelers, Mark Duerwachter and Kaukauna Public Schools, and Lisa Cruz and Red Shoes, Inc. In the end, the competition was a resounding success, and the winner was…

Team GBO narrowly edged out Josh Dukelow and Jason Druxman’s teams, and all involved had strong showings! Shown here are some photos of various leaders donating during the competition. Thank you to all who participated and made a donation, and we look forward to holding another similar competition in the future!